View of the exhibition "Nature" at Galerie RX, Paris © Artland 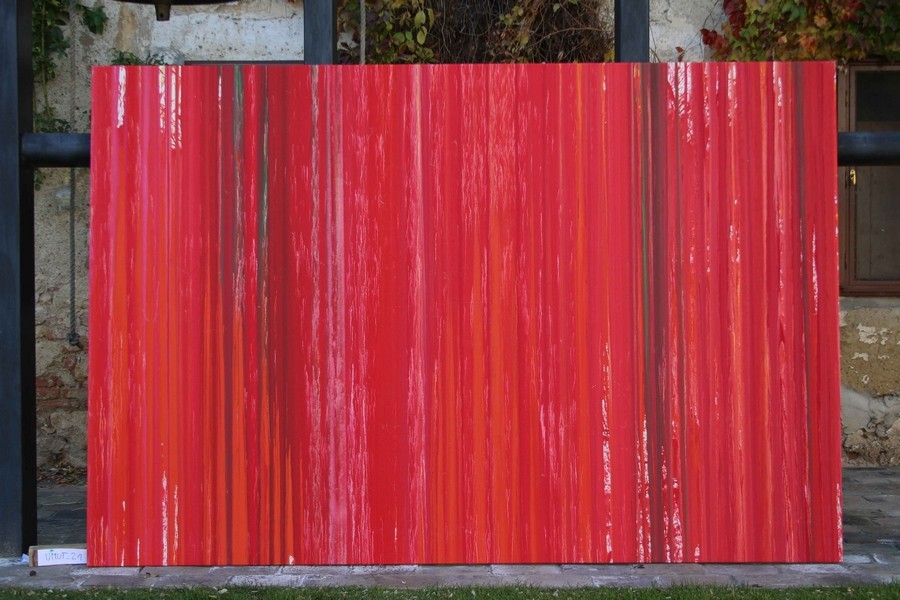 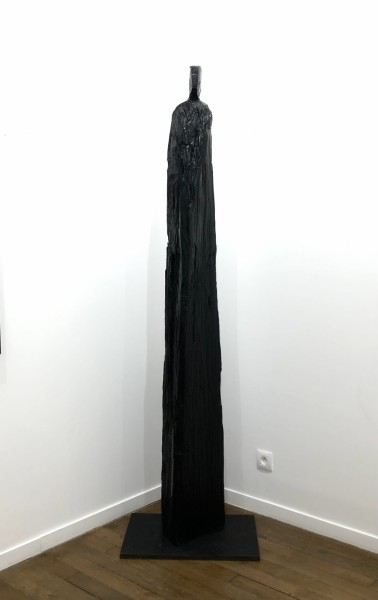 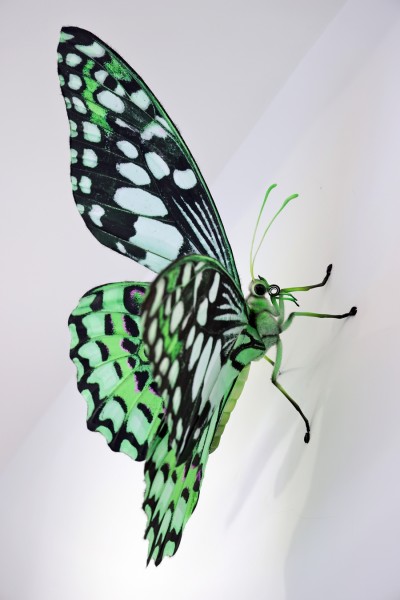 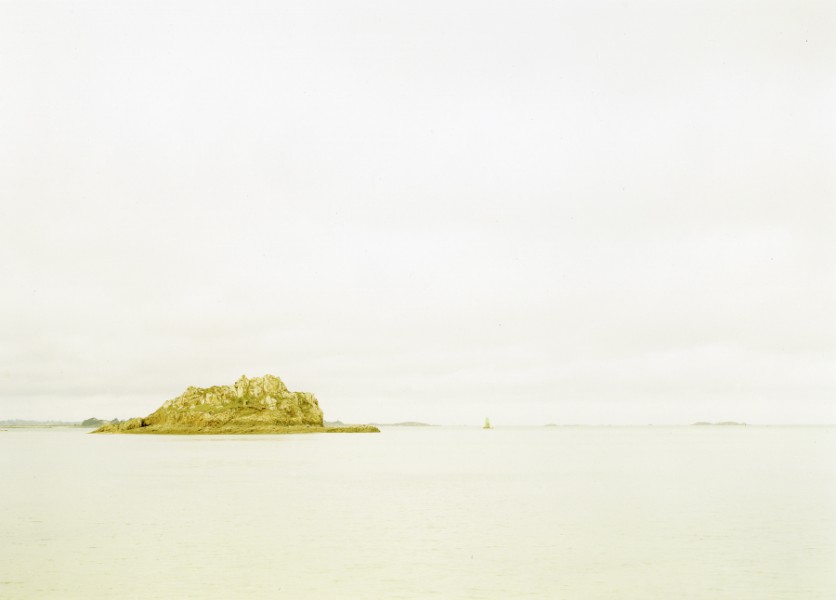 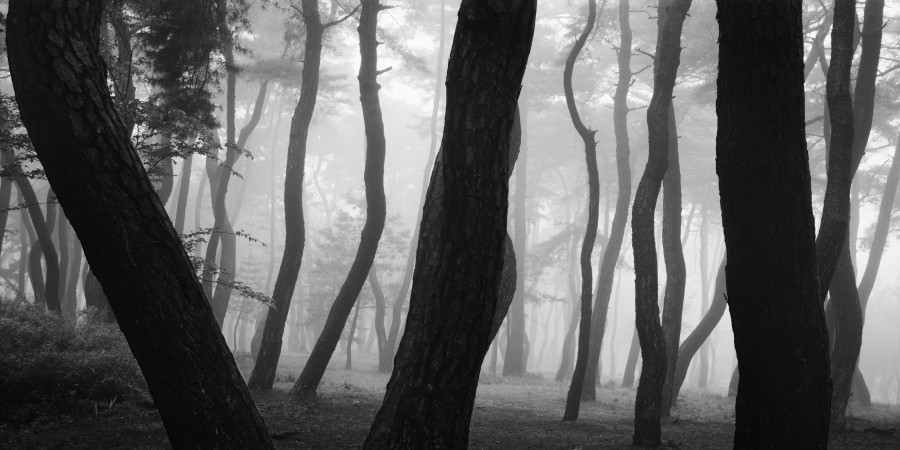 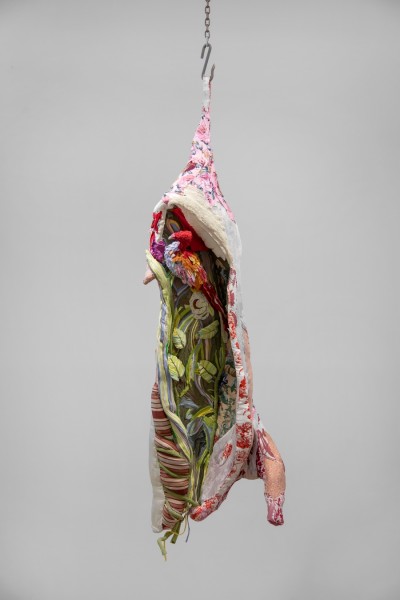 This is the second exhibition after the one in New York that unites nine artists whose respective works lead to a common theme: Nature. In different forms, the works suggest that nature is reclaiming its rights and that the intertwining of the links between man and nature is being disrupted by the magnification of the latter, paying homage to the different materials and substances of the elements that surround us. Sculptures, installation, paintings drawings and photographs enter a dialogue around current issues such as ecology, animal mistreatment and consideration, or demonstrates the importance of communing with nature, in a contemplative, sometimes esoteric journey, which questions those who look at them and helps to understand our vital environments.

The transmission of energy and poetry that emanates from natural places are the key words of Bae Bien-U's works. This imposing and silent nature, almost dormant, sounds like a call to meditation. All the spirituality that emanates from it offers those who look at it a quiet strength, to breathe in face of the immensity of plants. The mystification of his works weaves links between the roots and the sky and freezes this magical and contemplative spirit, without human presence, in an absolute calm. The vital force of his works is felt in the grandeur of the trunks and branches, like nature whispering, inviting to come and commune with it.

Student of Bernd and Hilla Becher at the Kunstakademie in Düsseldorf, he broke away from their teaching when he discovered landscape painting. Elger Esser's landscapes are timeless, where neither the human figure nor its imprint is visible. They are untouched by manipulation and are simple in their composition. In his photographs, taken through the long exposure process, earth, air and water are almost undifferentiated and focus on the infinite expanse of horizons. His photographs, testimonies between history and memory, are inspired by the writings of Proust, Flaubert or Maupassant. Through his heliogravures (copperplate printing) he draws his literary and pictorial inspiration from the 19th century as well as the techniques he experiments with and reinvents.

A true city dweller, Jean-François Fourtou has long lived in an urban environment, but it is in the countryside of Marrakech, where he lives now, that he finds his equilibrium. His work explores the imaginary and the excessive by confronting the reality of what surrounds us through the very occupation of space. Through his installations and gigantic sculptures, he takes us on a journey through his universe where nature is brought to the fore and where the cohabitation between animals and humans seems tangential: "For a long time, I felt out of place, like my animal sculptures, incongruously parasiting urban spaces. “Trompe d'Éléphant” imposes itself on us, first by its size, then by the unexpected nature of its presence. Fourtou justifies this public space for his gigantic animals by freeing himself, through daily contact with nature, "from this architectural and urban framework".

Tamara Kostianovsky's work reveals a dichotomy between the aversion to animal abuse and the morbid voyeurism that emerges from it. She uses discarded clothing to create installations and sculptures marked by this obvious banalized consumerism. Tamara Kostianovsky bases her reflection on this mixture between violence and intimacy that emanates from her creations. She questions the watchable dimension of the horror that she transmits while we hardly lay our eyes on the ecological and environmental emergency. She thus urges the consumer to reconsider the meaning of human rights and to confront this speculative normalisation by taking a realistic look at the environmental, animal and social issues that shape our societies.

Scale plays an important role in the sculptural work of Christian Lapie, where grandeur and minimalism lead to the contemplation of these imposing wooden sculptures in a poetic lightness similar to meditation. Christian Lapie himself considers his works to be a "poetic index to an imaginary" where the work must resemble a poem. This connection with trees comes from his encounter with the Amazon, where mass deforestation devastates and damages nature. It is in these trees that he sculpts his works, giving them the strength to stand again, raised to the sky. The spectacular nature of his sculptures, however, reveals a bewildering silence, where only the spirituality that emanates from them resonates and thus engenders a deep link to transcendentality through their long, sky-like forms, as if to touch the beyond.

The abstract dimension of Lee Bae's works is characteristic of the black forms he creates with charcoal. In the detail of the black that permeates each of his works, the viewer is confronted with the depth of the nuances and the realization of these forms that are sufficient in themselves without any desire to belong to any symbolism. The spontaneity that emerges is nevertheless thought out and elaborated beforehand, through the creation of ink on paper, where every detail counts in order to achieve a harmony of the shades of black that make up the whole of his works. Lee Bae dialogues with his charcoal flat tints while letting a quiet strength emanate, proof of a meticulous work that leaves no room for chance.

For Hermann Nitsch, nature represents a mixture of spirituality, physical reality and the ferocity of life. These are manifested mainly in red. Nitsch sees this colour as 'the most intense', since it represents 'the colour of life and death at the same time'. Red is fundamentally inseparable from the nature of human beings and life. He paints with determination, these intense colours seem explode on the canvas. He draws this freedom of gesture from Viennese Actionism, a movement from the 1960s to which he belongs and continues to inspire him in his creative process.

Naomi Safran-Hon's work mixes different disciplines such as drawing, photography, sculpture and painting and focuses on materials to reveal a statement that goes beyond the surface. She mixes cement and lace, barbed wire, transforming these images into mixed media paintings. In a spirit of brokenness, she voluntarily damages the flowers that make up her canvases, covering them with a surplus of material, revealing a nature that fights with itself. Naomi Safran-Hon's work is a compelling statement about the fragility of the human experience, the complicity of one's own nature and the vicissitude of collective identity.

Paul Wesenberg makes his own work by tearing, breaking and upsetting the codes of the smooth canvas. This "irritated" canvas is no longer the result of a brush making flat areas, but rather the superimposition of materials, of dry skins that surround the tubes of oil paint. He recovers and manipulates the entire artistic process. Wesenberg considers the importance he attaches to the material as a true identity and artistic affirmation. These paint crusts trace lines on his canvases and offer the possibility of seeing landscape forms. The artist even titles his works with names of German landscapes, thus demonstrating his attraction to nature and his environment.