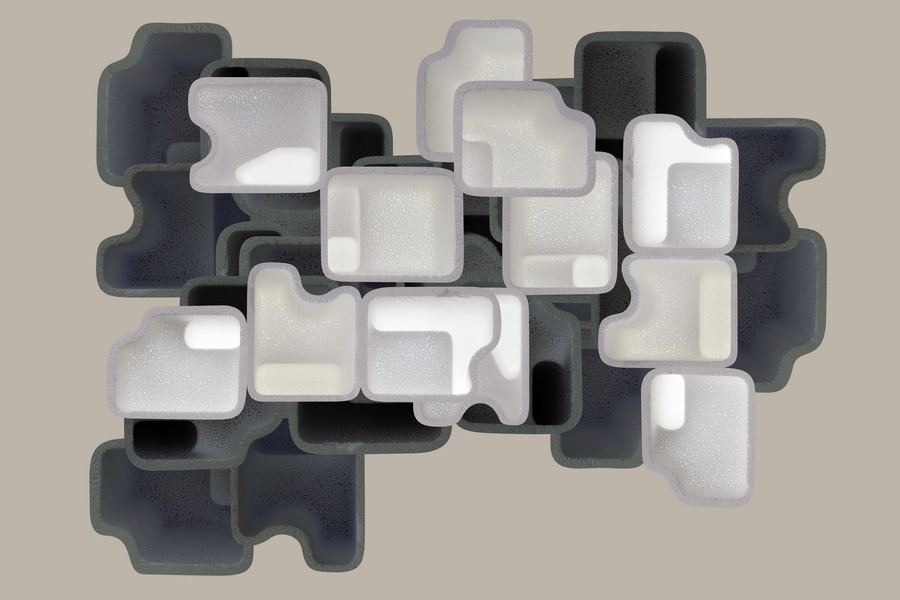 The series of Contreformes is in line with the series Recomposition 1 and Recomposition 2. By placing abstraction again at the heart of his last work, Denis Darzacq continues his reflection on human figures. The stigmatizations revealed in his previous works are transposed on secondary objects, futile containers but useful to the extent of their contents. Chairs, concrete blocks, polystyrene, are also key objects that he diverts but not distort and attest the look that he takes at the consumer society.

Composed of photographs and photographic montages, this series results from the continuity of Denis Darzacq’s research on manufactured objects of global consumption such as Ikea chairs. "I use the vocabulary of simple and finished forms of these chairs in kit form (seats, legs, backs) as essential autonomous elements that I reassemble in the form of collage. A minimalism based on readymades."

The other part of this work is composed of photographs of manufactured objects of everyday life, which once had a precise function. As elements of construction or protection of consumer goods, these objects have no value of their own. They exist only as “counter-forms” whose functions are contingent on what they protect or construct.

After being used for some time, they have lost their high quality and become abandoned, neglected and negligible objects, even wastes. Modern ruins are symbolically the exact opposite of eternal youth, High Tech and vanity. "I resort to the positive-negative inversion to distance the subject, which allows me to interrogate our relationship to objects and thus to question the value that we want to give them." These photographs pose more generally the question of obsolescence, new and technological but also the question of beauty in our contemporary societies.