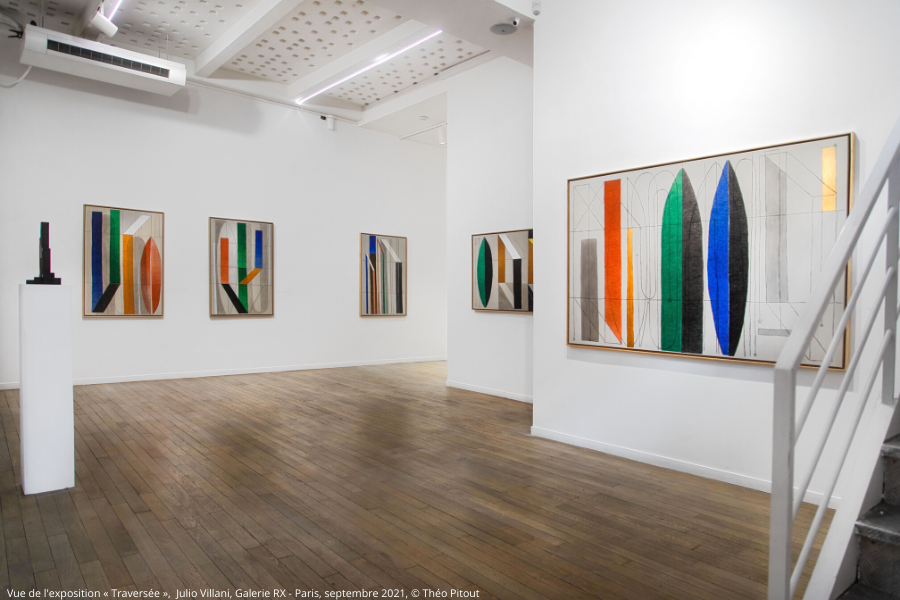 The series of paintings presented by Julio Villani seems to be built according to a construction system that has to do with the relativity of fixity, consisting of keeping in suspense, for as long as possible, those silent transformations, those imperceptible movements that separate the being from its becoming.

The lineaments of Villani's work are as many ways of setting creation in motion and making borders unstable. They extend far beyond the canvas: the frame is only a portion of a whole that he gives us to see, situated between an invisible beginning and an imaginary end, with potential forks in the road.

The result is an art with poetic overlaps, where the line traces its path, in complete freedom.