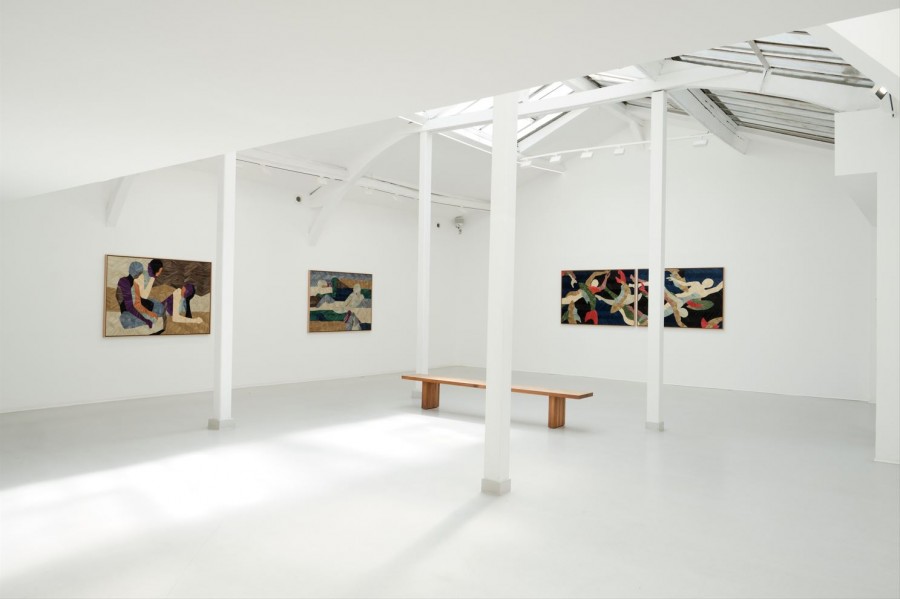 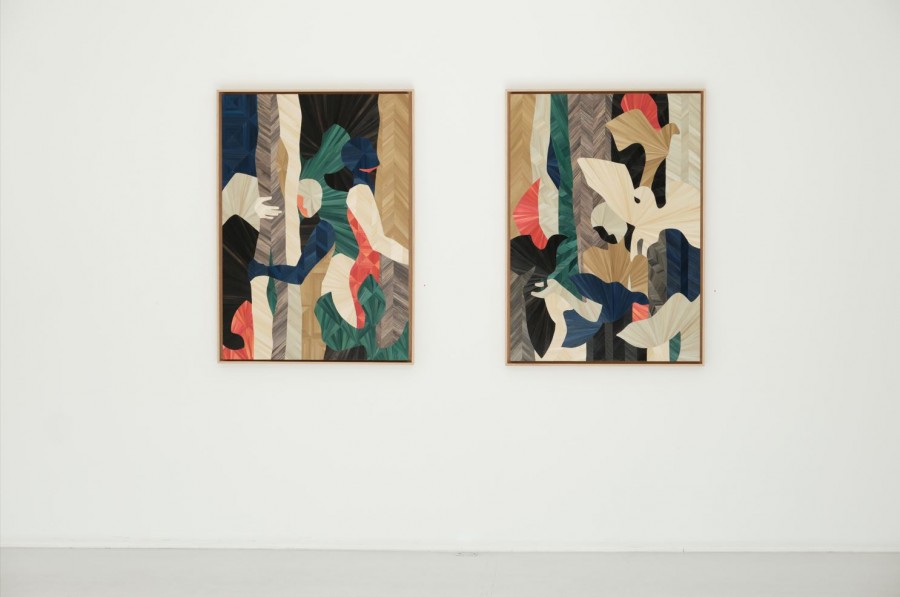 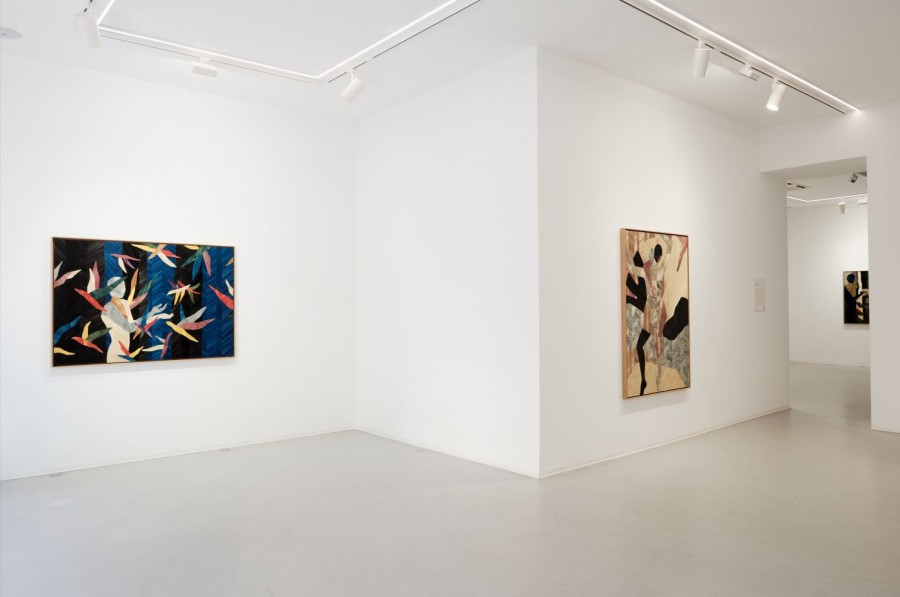 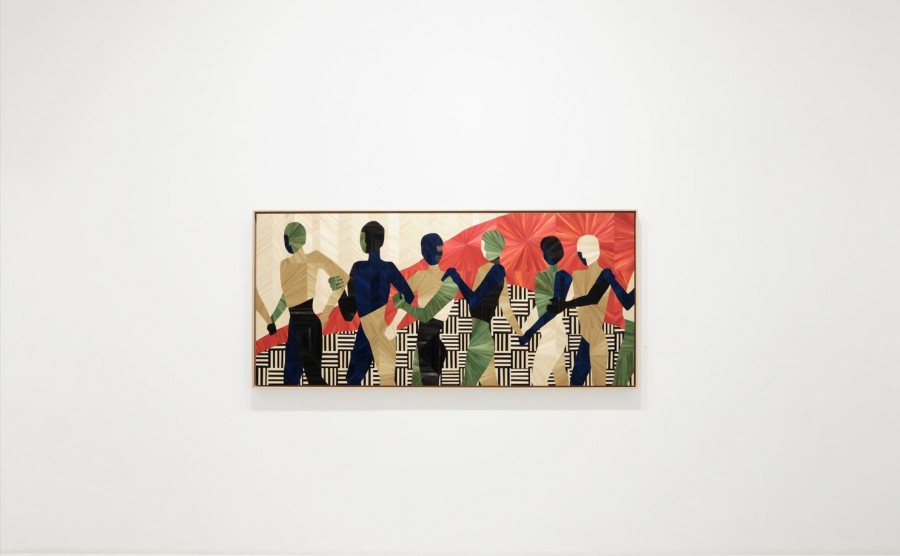 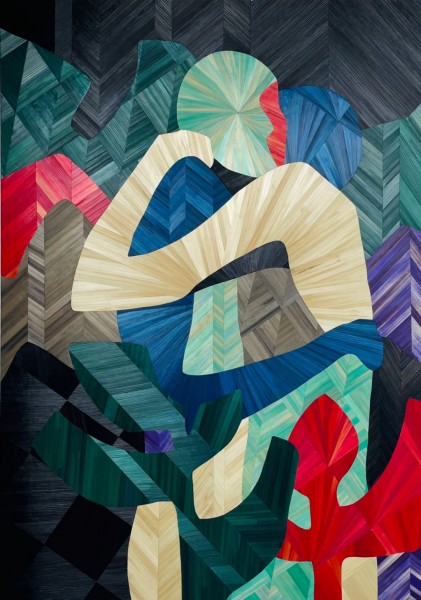 For her second exhibition at the RX Gallery, Pauline Guerrier delivers a series of marquetry pannels made from inlaid rye straw, each combining her research around spirituality, nature and their inextricable relationship to mankind.

With Reconciliation, Pauline Guerrier reveals her desire to see man and nature reunited. This series of pictures stands like a pantheistic liturgy and proposes a universal mythology. A planetary message, simple, luminous and necessary in a troubled world.The images in these Reconciliations play with the iconography of the great religions and spiritualities but also various mythological symbols that are rooted in a general collective culture. From this osmosis, a global and timeless mythology unfolds.

Each work projects an element. Air is symbolized by the flight of birds, the earth by the embrace of the trees, and finally the sea by the carrying of fish. Human beings are represented together, united, in direct contact with these elements. Their bodies, their skins, their hands, their senses are linked with nature, which they embrace, support and magnify. In this series of images, each character is amazed by the power and beauty of the natural world.

Reconciliation presents a dazzled communion in which the lost son of Nature, Man, can finally be found. The flight echoes the biblical episode in which the end of the flood is announced. The time for reuniting has come. All the different figures thank nature for its vital gifts, coming down from their fantasized pedestals, to become one again with their natural ecosystem.

The twelve images that make up the Reconciliation echo the twelve months of the year, the turn of the seasons that regenerate the Earth. But the use of straw is certainly the most eloquent symbol in Pauline's work. This choice of straw alone shows this alliance between culture and nature. The use of straw also reveals the richness and splendour of nature: the rare technique of marquetry unfolds profound images, with a noble and bright appearance which draws luminous and radiant fields of depths that immediately seem to bring us closer to the religious icons. However, the raw material that’s found at the origin of the magic in Reconciliation, rye, is also the basis for flour and therefore in processed food. It was amongst the first to be cultivated by man and symbolizes our will to tame the world. Pauline, for her part, tames straw in a different way, she pays tribute to and transcends her nourishing nature.

In our sudden and uncertain times, in which one gropes for the slightest shred of hope, Pauline's peace message, instinctive yet brutally poetic comes to us like a breath of fresh air.