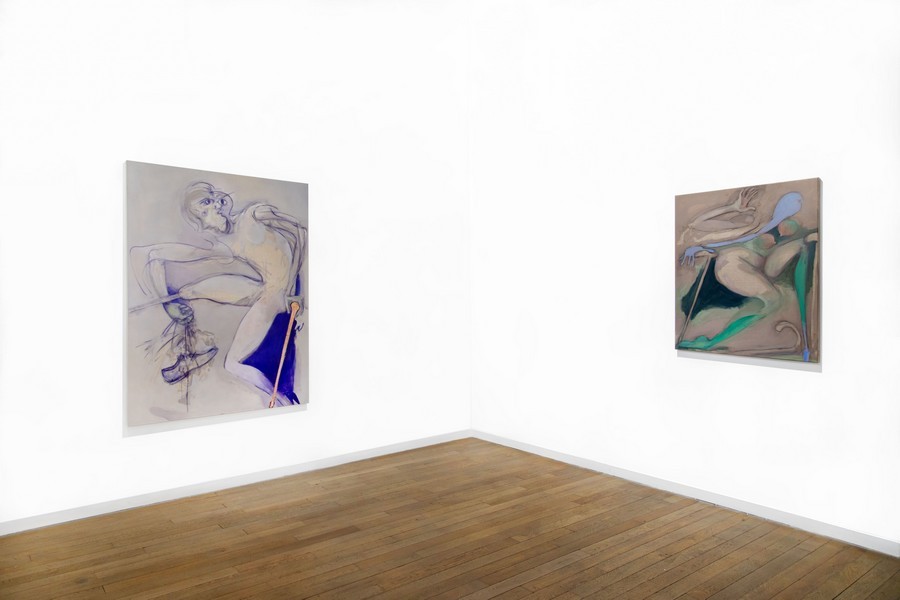 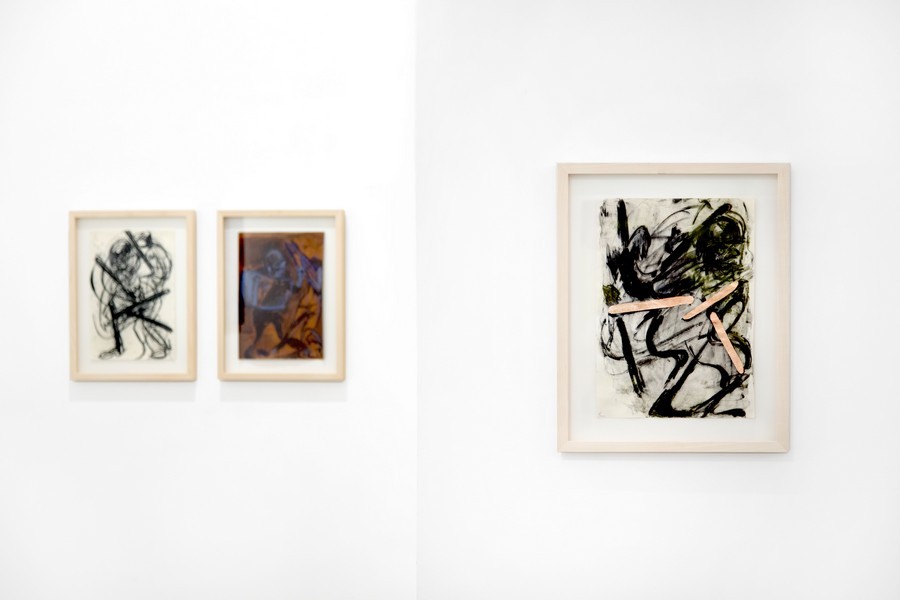 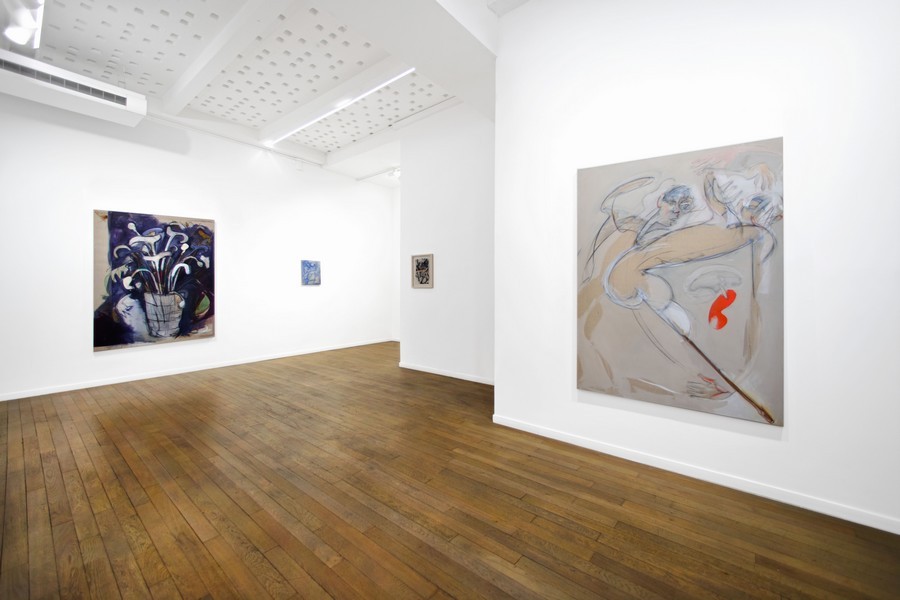 "Corps étranger (Foreign body)" is the title of the first solo exhibition of German artist Tina Schwarz at the RX Gallery in Paris. Schwarz is a painter who orients herself to the history of her medium without imitating it, who thinks and works in a profoundly contemporary way and yet is never is zeitgeisty. She works on a subject for weeks, reading and researching until she gets to its core, which she then translates into original image inventions. Her pictures are always concise and yet operate with multiple senses and at the same time erecting a polyfocal labyrinth of uncertainties. Schwarz works with a metaphorical visual language that is sensually appealing, yet requires a reflexive gaze on the part of the viewer.

What is specific about her new works is that she virtually draws with colors, giving the representations something immediate and dynamic, which she sets into a pulsating pictorial tension through the precise addition of calmed surfaces. The term "foreign body" originally comes from medicine and refers to an object that has intruded into a human body from the outside. From this basic concept has emerged a metaphor field, ranging from the repulsion and incorporation of an external object to the growth and proliferation of an internal tumor to the symbolic strangeness in a particular system. The fascination and confusion that arises from the term lies in its ambivalent relationship between the external and the internal, which sometimes does not allow a clear separation. It integrates the transition from the manifest stranger to the proper one, as well as the fact of becoming a stranger to oneself. The artist has chosen as a metaphor the figure of a cane, which can act as a prosthesis crutch, walking stick, sceptre or truncheon. The bodies represented are marked by the use of these objects, which places them in a specific movement.

However, Schwarz does not only show bodies in movement but also in a state of transformation: limbs ossify or dissolve, faces freeze or fall into larvae and prostheses enlarge bodies. To talk about transformations, it is in particular to talk about the experience of time. As an attentive contemporary, the artist has naturally perceived and consciously reflected the changes that have occurred in society in recent years. All these in public and private life, Schwarz has represented them metaphorically in her paintings. Her figures have faltered because certainties have collapsed and the foundations of life together could no longer be relied upon. Stability seems only possible with technical means and holding and supporting the other becomes a balancing act.

What characterizes Schwarz's new paintings, besides a dynamic choreography of bodies, is that his characters all need this metaphor of the cane. They are prostheses, canes and clubs, which by definition have to compensate for a lack in the physical equipment of the human being. The extension and technical reinforcement of the human body as a replacement or compensation of a body organ must, however, also be thought of as an extension, or as a new component of the same body. It is not only a question of prostheses, but also of epithetics such as spectacles, hearing aids or even fountain pens, as the media philosopher Vilem Flusser has noted: "On the one hand, the fountain pen is seen as a prosthetic finger (an outward extension of the finger, thus a "de-appropriation of the finger") , but on the other hand, one sees in the finger an "epitheosis" of the nib (an extension of the nib towards the interior, an "internalization interior, an "interiorization of the feather")"¹.

The same goes for the multiple sticks in the black images. In them, symbolically, it is not only an interior that moves towards an exterior, but the technical means perceived as exterior also move, conversely, towards the interior of the man. What seemed to be given as a human being turns out to be, under the influence of technical extensions, "a hybrid actor of nature and technique, who not only makes tools, machines and media, but is also made by them"². In this sense, then, Schwarz is concerned with a change in the image of man, with the realization that man has been modified by time and technical innovations, and with the question of how this hybrid being can be represented in the classical medium of painting.

Schwarz paints images that question the nature of Mankind and its technique, and more importantly the future of Mankind and its technique. If, as the German philosopher of technology Ernst Kapp suggested, technology is not only manufactured as a means to an end, but that, conversely, the human being also recognizes itself through the use of technology and is also determined by this use, then perhaps Schwarz's paintings can give us the impulse (again) to take an interest in our being and our becoming, for it would be necessary for us to recognize ourselves again in the midst of all our gadgets, tools and devices.